Residential Energy Storage and Why It Matters 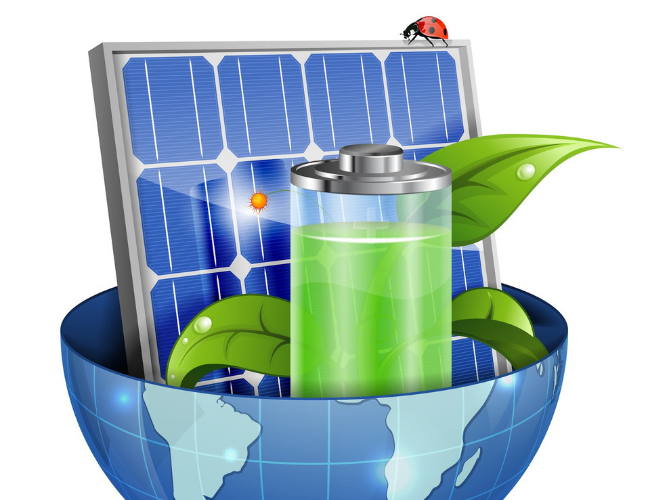 If you have your fingers on the pulse of the solar industry, you’re probably hearing a lot about energy storage. It’s considered by many to be the link between existing renewable technologies, and the 100% renewable energy grid of tomorrow. An energy storage system (ESS) can refer to chemical batteries or the storage of kinetic energy. They can be massive in scale, such as a pumped hydro station, where excess electricity runs a pump that pushes water up a hill to a reservoir. This converts the electricity into kinetic energy. When we need to convert that stored energy back into electricity, the water is released from the high reservoir, passing through turbines as it flows downhill. Energy storage can also be small in scale, like the battery attached to your cell phone that’s probably in your pocket right now. For this post, we’re going to focus on residential energy storage: batteries in your house that can supply energy to the loads in the home.

No matter the scale of energy storage, the driving purpose is the same: we want access to power right when we need to use it. With our cell phone batteries, we draw energy each night from the power grid and sequester it into our futuristic glass rectangles, where the power sits politely so we can use it throughout the day whenever we need it. However, the grid works in a different way. The electricity in the grid does not just sit in the power lines above our homes, waiting until we flip our light switches. In fact, electricity is in a constant state of movement around the grid. The utility company must run complex equations to balance the amount of power they produce, with the amount that’s demanded by consumers. This system usually works reasonably well, but sometimes it can be quite expensive and difficult for utilities to make sure that balance is maintained. That’s why energy storage can be so useful: it can make it much easier to ensure that we’ll have power where we need it and when we need it.

Solar power is an excellent way to generate clean, renewable electricity. The problem is that the sun doesn’t shine 24 hours a day. The solar system can only produce energy in daylight hours. From the perspective of a solar customer, this fact actually doesn’t matter much. Thanks to net metering, solar customers can generate excess power during the day to feedback into the grid. They get credits for the power they feed back into the grid, and they can trade those credits in at night to receive power from the utility. In this way, a solar customer can still offset 100% of their usage, even though not all of their usage occurs in the day time.

So, solar is great during the day… but what about evenings and nights? In order to provide the power needed during peak usage times like the evenings, utilities have to fire up “peaker plants” which are power plants designed to ramp up production quickly and provide extra electricity during a key window. It’s typically much more expensive for utilities to use peaker plants compared with their more stable baseload generators. Some utilities actually charge more for power delivered during peak usage times, so homes with batteries can, therefore, insulate themselves from those peak charges by using stored power instead of drawing from the grid. We also need some energy at night, and solar panels can’t help us with that. Wind energy can be a good solution for night-time power, as the wind often blows more strongly at night than during the day. However, there’s still an important need to keep electricity readily available around the clock, and without energy storage, it’s unlikely that renewables would ever be able to provide that.

This fact is sometimes used as a knock against solar power, and renewables in general. Some people say that the grid could never be supplied entirely from renewables like wind and solar, because there would always need to be traditional power sources for night-time power, and peaker plants that can be switched on and off quickly depending on demand. This is where energy storage can be the key to creating a gird powered entirely by renewables. If we can produce enough extra electricity with renewable sources, and store that electricity for use in peak times or at night…. Then there would be no need for traditional fossil fuel-burning power plants.

Of course, we would need a high penetration of energy storage to achieve this goal. Residential energy storage is a very important piece of this puzzle because it would allow for a distributed network of energy storage systems. Together, these systems could have a major impact on the electricity sector. A new study from the University of Michigan found that by pairing energy storage with renewable energy sources like wind and solar, we could theoretically reduce greenhouse gas emissions by up to 90%.

Another reason that residential energy storage systems have increased in popularity is because of the energy security they offer. Take for example a grid blackout. With a standard solar system, the equipment is designed to shut off in the event of a grid outage. This is a strategy to protect any utility line-men from unexpected surges when they’re working on downed power lines. Therefore, if you have a standard grid-connected PV system, your panels will not operate in the event of a grid outage. With ESS’s, however, loads can be wire directly to the storage system so that they remain electrified during the blackout. In order to remain economically efficient, most ESS customers choose only to back up their most crucial loads like lighting, medical equipment, and refrigeration. As disastrous weather events seem to be increasing in frequency in the US, more and more homeowners are turning to energy storage so they don’t get left in the dark.

Residential energy storage is still a relatively new market, and each utility sets its own rules about how customers can use their storage systems. If you’re considering adding a storage system to your home, be sure to consult with an energy professional to make sure you get the maximum benefit from your system. Just like a residential solar system, a storage system needs to be designed specifically for each home. When designed properly, storage systems provide an option for savings and security that’s unmatched by any other technology.