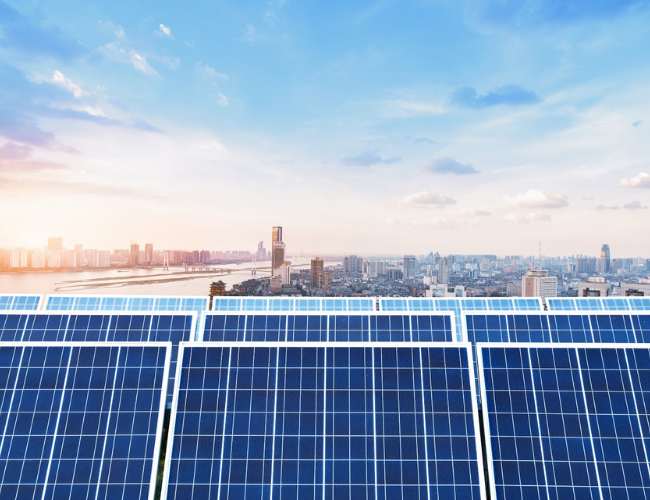 The United States has the biggest economy in the world in terms of GDP (gross domestic product). We produce the most influential companies in the world, whose names become ubiquitous in languages across the globe. By many standards, America is a global leader, and it stands to reason that we should also lead the world in commercial wind and solar. Companies like Apple, Google, Facebook, and Amazon have all ramped up their procurement of renewables in recent years. However, even with this tremendous growth, the market is so enormous that we’re nowhere near our capacity. If we wish to maintain our economic dominance, businesses should seize control of their energy futures so they can focus on growth.

A recent report from Wood Mackenzie and the American Wind Energy Association (AWEA) illustrates the potential for the commercial renewables market in the United States. The report looks specifically at the electricity consumption of the Fortune 1,000 companies in order to encompass a large share of the US economy. Of all the electricity used by these companies, only around 5% was generated by renewable sources. That means that the corporate renewables market could still expand by 20 times or more. The report forecasts approximately 85 gigawatts of potential renewable energy demand over the next ten years. For perspective, the demand from these 1,000 companies is more than the sum of all existing residential, commercial, and utility-scale solar currently installed in the US.

The corporate world is one where economics is paramount. That makes it a fantastic fit for renewable energy. As corporations forecast their growth into the coming years, they must consider their energy use as a part of the equation. Energy can be a big expense for corporations, and it’s one that’s traditionally difficult to forecast based on unstable electricity rates.

There’s not a person or group in the world that can predict with accuracy what traditional energy rates will look like in the future because public utility commissions can vote to raise rates at any time. A finite supply of fossil fuels means that prices will rise in an inverse relationship with availability, but that’s not the only thing driving up energy prices. Utilities must repair and maintain a vast transmission and distribution network to deliver power from the place where it’s produced to the place where it’s needed. Power companies have no way to recoup these costs other than by raising electricity prices for their customers, and the unfortunate truth is that the grid is aging and in need of some serious investment.

Take for example the largest utility in the country, Pacific Gas and Electric of California. A spark from a faulty transmission wire in Northern California was the cause of the devastating Camp Fire in 2018, in which 85 people lost their lives. The fire torched a bewildering 153,336 acres of land and left thousands of homes and businesses in ashes. The financial burden PG&E incurred because of this tragedy left the company unable to move forward, and so with very little warning, America’s biggest utility filed for bankruptcy.

Volatility like this is just one reason why businesses are turning towards renewable energy sources. While there is often still a utility surcharge to connect to the electricity grid, companies are able to insulate their energy costs from unexpected turbulence in the conventional electricity market. Most renewable energy purchases or power purchase agreements are predictably structured and are therefore more valuable when predicting future energy costs.

An investment in renewables not only stabilizes electricity costs, but it also helps companies brand themselves as forward-thinking and conscientious. If we take America’s largest companies as examples, it’s clear that this image is a desirable trait as far as consumers are concerned. With so much room to grow, and so much incentive to do so, the commercial solar and wind markets should continue to pick up momentum in the coming years.