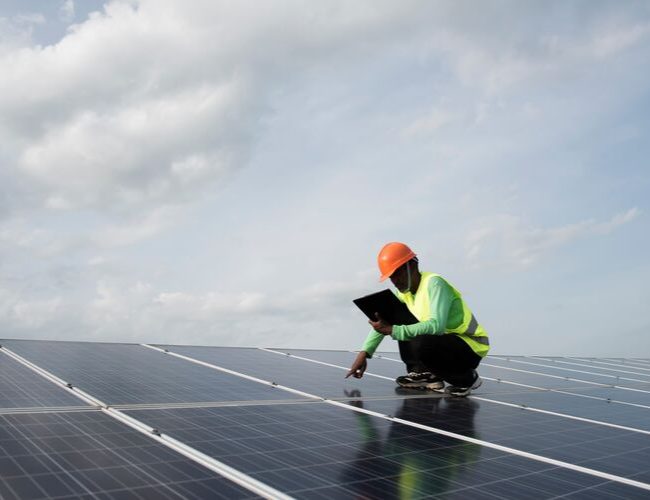 Let’s talk about the Tesla–Walmart fires. Over the course of the past few weeks, you may have heard about a big story in the world of commercial solar. Retail giant Walmart is suing Tesla for gross negligence due to a series of fires thought to be caused by Tesla solar systems. On the surface, this might sound like a bad thing for the commercial solar market. However, many prominent engineers and analysts within the commercial energy space are actually forecasting that these system failures will ultimately be a good thing for the industry. In this article, we’ll look at the facts of the lawsuit, and how solar developers are responding.

The lawsuit alleges that seven fires have broken out on the roofs of their stores and distribution centers from 2012 to 2018. They claim that Tesla did not follow industry standards when installing or maintaining the systems and that this was likely the cause of the fires. Although not all the systems were installed under the Tesla name, Tesla acquired the massive solar company SolarCity in 2016 for $2.6 billion. The suit claims that the companies “had engaged in widespread, systemic negligence and had failed to abide by prudent industry practices in installing, operating and maintaining its solar systems — conduct that greatly increased the risk of fire at Walmart sites.” Walmart claims that SolarCity used “chaotic installation practices” and that they placed a premium on install speed rather than quality assurance.

This high profile case puts a spotlight on the industry, and some of the initial reactions predicted that large companies such as Walmart would be less likely to pursue solar in the future. However, industry leaders were quick to find the silver lining on this thundercloud. The Tesla fires will serve to increase awareness, both for developers and companies alike, of the importance of meticulous design engineering and regular system maintenance. This new focus will help developers because there will be less of a “race to the bottom” mentality when it comes to commercial solar bids. For commercial solar clients, there will be an increased sense of importance regarding safety and professionalism. This will create a market environment where the most competent solar companies will rise to the top, while those that focus solely on delivering the cheapest product will be risking their reputations on shoddy work. This new spotlight will open the door wider for commercial solar outfits like Poly Energy, where quality construction has always been a major focus.

Despite the negative PR that comes with an incident like this one, the economics of commercial solar is so good that business will not be deterred from installing solar on their roofs. A solar system represents an opportunity for a business to seize control of its energy costs, rather than relying on volatile and unpredictable utility rates. On top of that, companies are increasingly turning to renewable energy as something to leverage in their branding campaigns. Companies like Apple, Google, Facebook, and Amazon all seem to be trying to out-do one another when it comes to securing renewable energy for their portfolios.

Commercial solar has been booming in the past 5 years, and it’s unlikely that business will give up the favorable economics for fear of having the same problems that Walmart has. In fact, an analyst from Wood Mackenzie Power & Renewables has stated that the incident may actually increase corporate confidence in leaning towards renewable generation because there’s a “level of protection built into the system, which they otherwise might see as an unknown risk.”

Going forward, there must be a new industry-wide standard set for engineering and maintenance of solar systems. Too often in the solar industry, there’s a high premium placed on the sale and installation of new systems, with less attention paid to service and maintenance. This can lead to problems down the road, so it’s hugely important to go with a reputable installer who can get the job done right. Even if the system is installed perfectly, over the years things like weather as well as critter contact can take its toll. Therefore, regular maintenance of the system is just as important as a flawless install.

The best summation of this whole scenario can actually be found within the suit itself: “To state the obvious, properly designed, installed, inspected, and maintained solar systems do not spontaneously combust,”. As we continue to march towards a goal of increased renewable energy capacity, this lawsuit will serve as a landmark and reminder that quality must be the #1 priority for solar developers. When a company like Tesla cuts corners and fails to deliver support to their clients, situations like this can arise and threaten the progress we’ve all worked so hard to build.