Solar Solutions: The Impact of Solar Across the Globe 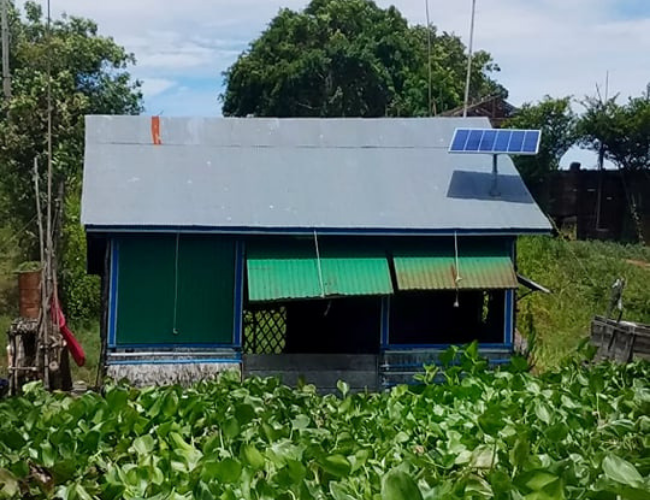 In the developed world, most of us take electricity for granted. We flip a switch, and the lights go on. We plug in the refrigerator, and it automatically keeps our food preserved at a safe temperature. We turn a dial, and our antique lava lamps emit an enticing glow. Reliable power is nearly always available when we need it, and when it’s not, it usually returns relatively quickly. While we may not often give it much thought, the world of electricity generation and distribution is extremely complex, and it’s taken a lot of work to get where we are today.

The very idea of an electrified grid is rather astounding. While many of us see electricity as something that can be turned on and off, the reality is actually the opposite. The grid operates as a closed circuit, meaning that electricity is continually flowing through it. Thinking of the grid as a plumbing system can be a helpful analogy. There must be a given volume of water within the pipes, and there must be pressure to send the water where it needs to be. Volume and pressure must be present throughout the entire system in order to pump water through the pipes. The same is true of electricity. We achieve this constant “volume” (current) and “pressure” (voltage) through a complex network of power plants, transmission lines, and transformer stations. The result is a reliable supply of electricity, where it’s needed and when it’s needed.

The electric grid is truly a marvel of human innovation. However, the existing system also has some severe shortcomings that must be addressed. For one thing, a massive power grid is extremely expensive to install and maintain. That’s one reason why distributed generation resources like solar will actually relieve some of the burdens on the grid since power will not need to be transported great distances from where it’s created to where it’s used. Another problem with our current electrical setup is the interconnectedness of it all. On the one hand, having a massive linked system is the only way that electrification of large areas has been possible. However, this aspect of the grid can also leave us vulnerable. If a tree is blown over and takes out a powerline, that can mean the loss of power for people miles away from the problem area. One tool that’s used to alleviate this vulnerability is the creation of micro-grids. Micro-grids are small scale grids for an individual property or a small area. They can be connected to the larger grids when things are functioning normally, and isolate themselves when they’re not. Onsite generation capacity like solar and energy storage systems can supply a micro-grid without depending on the larger electricity grid.

In developing parts of the world, many people do not have access to a centralized grid that supplies constant power. In spite of this, electrification continues to be more and more important in the modern world. Electricity is key for long-distance communication, sanitation, provision of healthcare, lighting, refrigeration, and countless other applications. That’s why many communities are turning to solar as a source of reliable power.

Take for example the Cambodian village of Prek Toal. Prek Toal is a floating village, one of many on Southeast Asia’s largest lake, Tonle Sap. For most of the year, the lake has an area larger than that of Singapore. As of the most recent government census (2013), there were over one million people living in floating structures on the lake and its tributaries. Villages move numerous times every year, as the lake expands in the wet season, and contracts in the dry. Water levels can fluctuate by as much as 30 feet. Due to the mobile nature of these homes, traditional electric grid service is not an option.

Most homes in Prek Toal use a boat or car batteries for their essential electricity needs. Batteries are charged at a dedicated floating structure in the middle of the village, which houses a large diesel generator. Fuel must be regularly brought in by boat from the nearest city, Siem Reap, and thus power is one of the most expensive things the villagers need to buy.

Within the last few years, solar has become more prominent in Prek Toal. As solar prices continue to drop globally, it’s becoming a reasonable proposition for villagers to buy one or two modules to charge their batteries during the day. Solar panels don’t require regular fuel input like the diesel generator does, which means less regular expense for the villagers.

Solar energy alone cannot replace the complex ecosystem of electricity generation and distribution, but it can definitely play a key role. By deploying more solar along with energy storage and other distributed forms of energy generation, we can work towards supplying more reliable power to communities all over the world.